I don’t know if it’s the same for others but by the time I have published a paper; the hundreds of hours thinking through arguments, polishing the prose, weighing the evidence and defending it against reviewers I have become convinced that this one piece of analysis will save the world from itself, start the revolution and answer all the ultimate questions of life the universe and everything. In my experience so far however, the world doesn’t quite seem to see it the same way, but hey ho Rome wasn’t overthrown in a day.

So it was nice when Schools Week contacted me to say they wanted to do an article on my research into the kinds of schools teachers prefer to work in. It showed I wasn’t alone in thinking the study was on to something. But in this case, I retain all the evangelical veal I had when I wrote it.

Teacher’s choice about where they work is a main cause of differences in school performance and differences in the pool of teachers from which schools can recruit probably prevents the gap from ever being narrowed.

Education reforms have focused on creating greater Darwinian selection between schools, greater freedom to adapt but greater culling of those adjudged weak. Overtime – so the theory goes – the stronger management teams should gobble up the weak leaving only the stronger. This should work – so the theory goes – if senior management teams are the main driver of educational performance. But what if school management isn’t quite as important in school success as reforms assume they are?

The English Premiership Football league has a very harsh accountability regime for its managers. They get hired and fired all the time. Clearly football managers are important; Alex Ferguson was a mastermind, Jose Mourinho is similarly instrumental in his clubs success. Arguably you can’t be the very best without a one of the best managers. But what are most football club managers able to achieve with what they have to work with? A sensible club chairman will set realistic goals for his manager. But several years of good performance can be undone by a short string of bad results or one poor start to a season. All fans know there is a mysterious random chemistry in the game, one team always has an inexplicably brilliant spell whereas another stalwart of many years creditable campaigning slumps for no discernible reason. Often the manager is blamed and is sacked. But what if the managers are a convenient scape goat and blamed because the clubs don’t want to accept they did not invest enough in players or due to pressure to be seen to be doing something.

All this focus on managers seems rather silly sometimes because what really makes a great football team is its players.

The English Premiership is not a competition to find out which of 20 teams is the best. The big clubs now have the money to buy the best players from the other teams in the same league. This means that if you are not one of the top teams and you do really well, find or develop some really great players they will be stripped off you and given to your opponents. 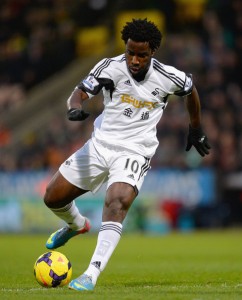 Clearly it is impossible to compete if the means of your competitiveness is taken off you and given to your opponents.

We don’t have a problem with this in football because evidently most fans don’t want to see a fair competition they want to see big teams win a lot. That’s fine, it doesn’t matter, if people want to spend their money watching a parade teams sorted by talent, who cares! However, if we want a system where everyone has a fairly even chance of succeeding the means of the success must be distributed evenly. Just as in football the players are the ones who actually score the goals, in education teachers are the ones who actually do the educating. Just like the player transfer market in football there is an economy within education where the currency is the exchange and sorting of teachers between schools. If all the best teachers go to certain schools it will not be possible for others to compete with them, no matter what management does.

American football anticipated this problem from the inception of their league; the NFL uses a system, called the draft pick, where the lowest performing team at the end of the year has first choice over new players graduating from university. This allows teams from a small city like Green Bay to pick the best new players and compete with the big cities.

It’s not new to recognise the teacher labour market as key to differential school performance; Teach First exists to counter this force. But by teacher recruitment playing no part in education reforms all hope for improving schools relies on increasing pressure on managers to overcome over which they have no control.

This brings me back to my paper in Schools Week; schools can only recruit teachers that want to work there. Large amounts of social segregation between schools, as recently highlighed by Gorard (2015) means there are large (perceived) differences in the working conditions between schools that in turn mean many teachers will be deterred from working in some schools.

The paper tries to examine whether this is true and to what extent. There is no easy way to measure teacher’s preferences about which schools they work in, you could ask them but they might just say what they think they ought to say. A better way might be to see how they vote with their feet, and see what kinds of schools teachers prefer to apply to. But there is no way to know how many teachers apply to work in certain schools, no-one records this.

This is the tricky bit; in order to decide whether the paper tells you anything important you have to make your own mind up about whether you agree with this next bit of reasoning: arguably teachers with higher academic qualifications have more choice about which schools they work in. If you don’t agree teachers with higher qualifications have more choice about where they work stop reading now, the analysis according to you will be meaningless.

What I found was fairly shocking to me. Higher qualified teachers preferred high attaining schools over those that achieved more progress, so coasting schools that did not really push their pupils.

I think most shocking of all was that higher qualified teachers were found to prefer to work in schools that achieved low progress with advantaged pupils over schools that are the basis for hope for education equality, those schools narrowing the gap, those schools achieving more progress with disadvantaged pupils. This indicates most teachers are not in the profession to improve equality of opportunity.

But I don’t think this justifies teacher bashing. It should not surprise us that teachers show signs of behaving just like everyone else, they attempt to maximise their benefit for the amount of labour they put in. Given the choice between hard graft and less hard graft for the same pay teachers choose less hard graft.

So what can we do about good teachers avoiding challenging schools?

I think we have to accept and work with an understanding that teachers are not saints, most are not driven by a sense of vocation to correct society’s injustices, and they are like most of us, primarily self-interested. Consequently, we need incentives for teachers to work in challenging schools.

There are many ways this could be done. There could be pay incentives (danger pay). Some form of professional recognition for time served on the front line. There could be secondments in exchange for career advancement.

In 2013 OFSTED proposed allocated higher quality teachers to challenging schools, but to my knowledge this proposal has come to nothing.

The NHS allocates doctors to regional hospitals (in exchange for advanced training) because our society will not accept any failing hospitals. Why is education any different?

We should also make appropriate allowance that challenging schools do not compete on a level playing field because they can only recruit from a limited pool. This allowance should include an acceptance that without measures to support recruitment narrowing the gap is simply not possible.

However it is done, without some intervention in the teacher labour market the English education system cannot provide a fairly equal high standard of education to everyone. If equality of opportunity really is our goal we can’t allow market forces to determine where all the best teachers work. The only alternative seems to be to continue to watch a parade of the advantaged winning everything in a rigged league and we hire and fire the managers of challenging schools to make us feel like we are doing something.

2 thoughts on “We don’t want a Premiership of schools or do we? My study in Schools Week”